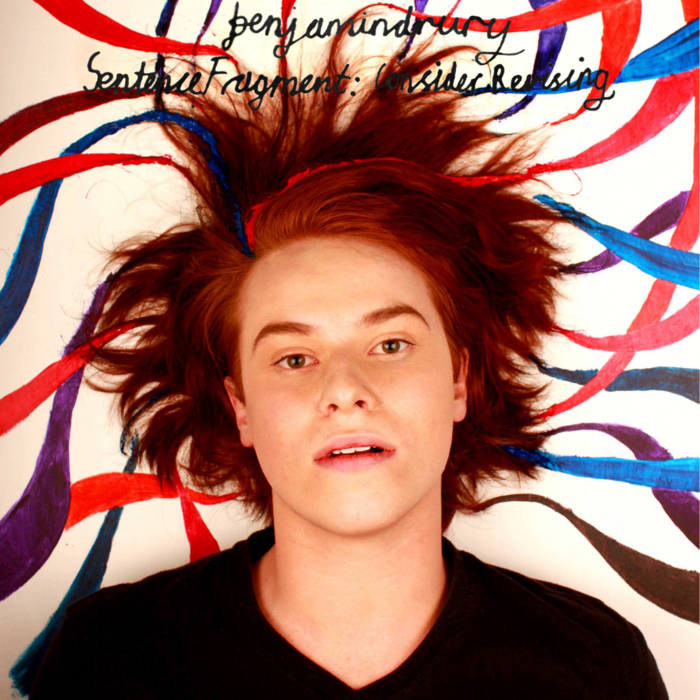 “Drury has lovingly collected the sounds of a scene in flux. The real irony is that the beats really are tight and clever. This record isn’t just worthwhile. It’s an important statement about how the process is just as vital as the finished product.”

I recorded this album at home over the course of 2014, the first year of my music degree. As I was exposed to more varieties of music, this album seemed less relevant to what I was interested in so I put it aside for a few years. In 2016 I revisited the project, finishing the mix of the songs but leaving them largely unaltered from how I found them. The resulting project is a snapshot into what I was doing, how I was listening and where my mind was for that year. The album explores repetition and noise through hip-hop influenced production. Thanks to my friends who supplied verses, came to listening parties and encouraged me to continue with and finish this project.

Instruments and production by Benjamin Drury

03. Hastag 01
Contains a sample of Georgia Maq performing Drop by Earl Sweatshirt from a video that no longer appears on Youtube.
And
from this interview with Earl Sweatshirt www.youtube.com/watch?v=ZjPItdv9-3I

07. Reverse:
Various Interview with the Beatles

08. Restart:
Art Ensemble of Chicago - "Reese and The Smooth Ones"

09. Resuscitation
Dialogue from Kill Your Darlings (2013)
The Bugged Car by Patton Oswalt from Finest Hour

10. Distable
Heartless by Kanye West from 808s and Heartbreak

11. "Lady I Don't Know What the Hell You Talkin' About"
Dialouge from Love Me Tender 1956 and the trailer to Love Me tender
Kanye Making a Beat from 60 Minutes

benjamindrury is a project by composer and sound artist Benjamin Drury. Exploring sampling and plunder-phonics. The project produced 1 album: Sentence Fragment: Consider Revising which observes the Canberra music scene in flux along with the artist's own life. ... more

Bandcamp Daily  your guide to the world of Bandcamp